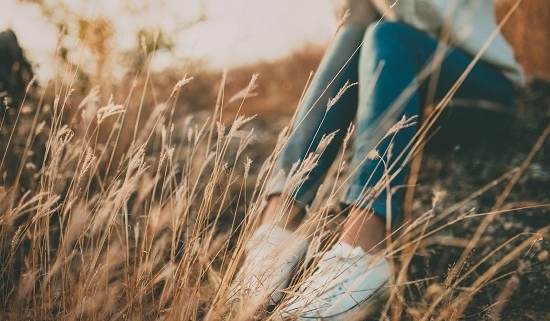 When considering drug overdose rates in the U.S., the state of Utah poses somewhat of a quandary. Utah is home to the Mormon Church of the Latter Day Saints, a faith belief system that strictly forbids the use of any substance, even sodas and coffee, which have mind-altering effects. Because the church is such an integral component to the state’s population it is shocking to learn that drug addiction in Utah is a significant problem, led primarily by opioid abuse. Nearly 70% of overdose deaths in Utah in 2017 were due to opioids, with seven people dying every week.

Related to the Utah deaths several coexisting circumstances were reported by the Utah Department of Health Violence and Injury Prevention Program. These include:

A decade prior, in 2007, Utah had a drug overdose rate nearly double the national average. By 2015 Utah had the ninth highest overdose death rates in the country, with a rate of 23.4 deaths per 100,000 people. Between 2000-2015, Utah experienced a 400% increase in deaths due to the misuse of prescription drugs.

Fortunately, the overdose death rate has come down somewhat since 2015, as public awareness about the addiction risks associated with prescription drugs has grown. Stricter guidelines on doctor prescribing practices and closer oversight on pain management clinics and drug trafficking are helping to reduce the death rates.

Still, in 2017, according to the National Institute on Drug Abuse, Utah physicians wrote 63.8 opioid prescriptions for every 100 residents, versus the average U.S. rate of 58.7 per person. In addition, the rate of overdose deaths due to heroin has jumped from 55 deaths in 2010 to 147 deaths in 2017, the most recent statistics available. Methamphetamine use and trafficking is also on the rise in Utah.

Unfortunately, drug cartels have identified Utah as a prime target. A jailed cartel leader shared his insights with CBS News affiliate KUTV with the promise that his identity would be concealed. Although $100 million worth of drugs has been seized since 2012, the efforts by drug enforcement are ridiculed by the cartels. He mentioned the ease by which the drug runners get the product into the state, and how they target young white kids that “Have the money to buy it and also they’re the ones that distribute the drugs to their friends.” Thus drug addiction in Utah is fueled.

Utah has embraced the availability of naloxone, an antidote for someone who has overdosed on heroin or opioids. Naloxone (Narcan) can reverse the effects of the drug and revive the respiratory system, saving thousands of lives. The drug courts in Utah have begun to emphasize treatment over punishment as a more productive method for reducing drug addiction in Utah. If the individual has not committed a violent crime, they will be directed toward a treatment program. If they complete the program their charges are dropped.

So why are opiates are so addictive? When attempting to understand how heroin and opioids seem to take control over an individual, it all comes down to the reward system in the brain. Heroin induces a flood of dopamine into the bloodstream, the chemical that informs us that we are experiencing pleasure.  The user seeks to recreate that artificially created sensation, so the drug is reintroduced. Prescription opioids also provide not only a sedating, euphoric sensation, but also pain-relieving properties. These pleasurable sensations are registered in the brain’s reward pathways, setting up an inherent need to re-experience the rush.

Over time, the brain cannot keep up with the demands of the drug and slowly allows the opiate to take over. That early euphoric feeling is now muted and difficult to recapture.  Tolerance to the drug rises, causing the user to increase both frequency and dosing of the opiate. Between doses, intense withdrawal symptoms and cravings remind the user the body requires another dose, thus the cycle of addiction now entrenched.

Noticeable changes in behaviors become evident fairly early in the addiction process. The behaviors will vary in severity based upon how advanced the disease of addiction has become, as a singular focus to acquire the next dose or fix becomes an obsession. An opiate addict’s behaviors may include:

An opiate addict may exhibit the following physical signs of addiction:

Initially, it is imperative that all the residual drug toxins and chemicals are purged from the body through the detox process. A medical detox provides supervision throughout the detox and withdrawal, which usually lasts about a week. During the detox, a detox team will provide medical interventions to assist with the withdrawal symptoms in order to provide the highest level of comfort possible. In some cases, Suboxone or methadone may be utilized in detox and early recovery.

The detox timeline for opiates is approximately 7-10 days, depending on certain factors such as the length of history of drug abuse, the usual amount ingested daily, the general health of the individual, the age of the individual, and whether there is a dual diagnosis (coexisting mental health disorder). Withdrawal symptoms will peak at about 72 hours and then begin to subside as the toxins are expelled from the body and the brain chemistry starts to stabilize.

Getting Treatment for Drug Addiction in Utah

Detox is only the first step in recovery from heroin or opioid dependence. Once detox is successfully completed, the individual enters the active treatment phase of recovery. Program duration will be anything from one month to several months, depending on the severity of the addiction. This guided recovery process can ultimately result in a new way of thinking and behaving when triggered by cravings, stress, or other unsettling situations. These core changes in thought-behavior patterns are a necessity if the individual is going to attain a sustained recovery, as the new patterns become fundamental coping skills.

Treatment is available in either an outpatient or residential setting. The outpatient setting provides more flexibility, allowing individuals to continue to work and live at home while receiving treatment a prescribed number of hours per week. Residential treatment involves 24-hour supervision and therapeutic support. Generally, individuals with an opioid or heroin addiction will benefit most from a residential setting.

In addition, individual therapy sessions help to process and heal underlying issues that may be factors in the addiction behaviors.

What is Medically-Assisted Treatment?

Medically assisted treatment is an adjunctive treatment element that is to be combined with ongoing participation in recovery efforts, such as outpatient therapy and 12-step (or similar) programming.  MAT works by either blocking or reducing the effects of opioids in the brain:

MAT programs are designed to be in place for anything from a few months to long-term adjunctive therapy. Over time, the recovering addict will experience a reduced desire to use the substances because the pay off, the effects of the drugs, is not being experienced.  This will condition the individual to stop craving the drug, expanding the periods of abstinence and improving chances of recovery. When the individual is ready to stop using MAT the dosing will be incrementally tapered off while the individual continues talk therapy and recovery support.

The Role of Sober Living in a Sustained Recovery

Once someone has done the work to get sober and go through a treatment program the next focus should be squarely on maintaining sobriety. It takes time to adopt the new skills learned in recovery, leaving the individual vulnerable to relapse during the first several months. One of the most protective measures one can take after rehab is to reside in a sober home for a few months. Sober housing, also referred to as transitional housing, provides a structured home environment that is free of substances for individuals preparing to reenter their home community after finishing treatment.

Sober living has several benefits to someone in early recovery. These include:

10 Tips for Protecting Sobriety During the Holidays and Preventing Relapse